The corn & sweet potato came out great, but the meat could have stayed on a few minutes more. For a first time, I could have done better such as getting a cover for this BBQ, but The tenderloin came out medium-rare.

Directions:
What: Simply one of the coolest dishes on Planet Barbecuea trimmed beef tenderloin crusted with perhaps a half pound of salt, wrapped in a cotton cloth, and charred on a bed of fiery embers. The result looks like a burnt log, but when you crack off the crust, some of the most tender, succulent beef tenderloin in the world awaits you.

Where: Served at several famous grill restaurants in Bogota and a popular dish to cook in the fireplace at a Colombian home.

How: Prepared using the oldest of the five methods of live fire cooking: roasting in the embers. You lay the wrapped roast on a bed of hot coals long enough to burn the cloth wrapping and salt into a hard black shell, but briefly enough to keep the meat inside medium-rare and tender. Note: if you have a gas grill, preheat it to screaming hot and char the lomo on the grate. This wont look quite as dramatic as yanking the burnt roll out the embers, but youll still get a great flavor.

Special effects: You need a beef tenderloin completely trimmed of all fat and sliver skin. This is easy if a little time consuming; you may want to ask your butcher to do it.
Youll also need a clean white cotton cloth about 16 inches square (a cotton diaper or napkin works well), and about pound of table salt.

Beef tenderloin holds a paradoxical place in the world of barbecue: its one of the costliest and most prestigious cuts of meat, but one of the least flavorful. (I never order fillet mignon at a steak house.) After all, in North America, its the cheap, traditionally lowbrow cuts, like spare ribs and brisket, that have achieved barbecue cult status. So if Colombian grill masters have figured out a way to give beef tenderloin both flavor and drama, I cant board an Avianca flight fast enough to try it. Lomo al trapo (literally beef tenderloin in cloth is just thatbeef tenderloin wrapped in a salt-packed cotton cloth and roasted in the embers. Its cool as all get out to make and looks positively prehistoric in its presentation (which makes it spectacular for entertaining), and, damn, if it isnt the best way Ive found to grill a beef tenderloin.

Arrange the cotton cloth on your work surface on the diagonal (like a diamond), so that one corner points towards you. Spread the salt out on top of the cloth to form a layer (one quarter) inch thick that extends to within 1 inch of the edge of the cloth. Sprinkle the salt all over with oregano.

Place the beef tenderloin on top of the salt at the far end of the clothit should run parallel to the center axis (and to your shoulders). Roll the cloth and salt around the tenderloin, starting in the far corner. The idea is to make a compact roll. Now take the points of cloth at each end of the resulting cylinder and tie them together on top of the tenderloin. The idea is to form a tight cylindrical packet. You should do this right before your charcoal or gas grill are ready.

Charcoal grill method: Light the coals in a chimney starter and rake them out into an even layer at the bottom of the grill. You will not need a grill grate. Lay the wrapped tenderloin right on the coals, knot side up. Grill for exactly 9 minutes. Using long handled tongs, gently turn the tenderloin package over and grill for exactly 8 minutes. Do not be alarmed if the cloth burnsits meant to. In fact, the whole shebang should look about as appetizing as a fire-charred log.

Gas grill method: Preheat your grill as hot as it will go. You need a 2 Mississippi fire . There is no need to oil the grill grate. Arrange the cloth wrapped tenderloin on the grate, knot side up. Grill until the bottom is charred black, about 9 minutes. (The grill should be covered.) Turn the package over and grill until the other side is jet black, about 8 minutes.

Transfer the charred tenderloin to a metal platter and let rest for 2 minutes. Lift it with tong

Find me on Google+ 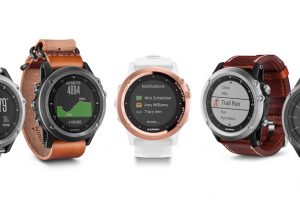 You’ll find below your comprehensive guide on using the Garmin[...] 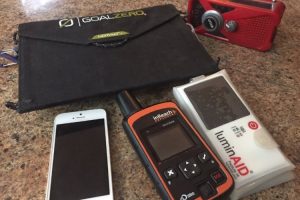 Hurricane Season and Other Weather Events Do you have your[...]