Over the holidays, I decided to setup an encrypted decentralized messaging server similar to Signal or Telegram.

An open source initiative called Matrix went out of beta in 2019, offering a decentralized node messaging server that looks very interesting and so far has been utilized by the government of France to provide secure messaging to public servants and eventually offering Citizen services.

So this was an interesting project that I recently discovered and with the desire to have a secure encrypted area to chat was important to me.

With an hour, a domain name and a newly created cloud server I opened up a secure shell prompt (SSH) into my server and started the steps to install the Matrix Synapse software.

As with any Linux based install, there are many sways to install. I used this one as my cloud server was unbutu and honestly I just know Unix commands. It’s great to get these guides. If you know how Linux commands prompts work, this should not be foreign to you.

Server setup is one part of the picture, the folks at Matrix knew that they needed to develop some front end client software, so that’s where the Element messenger app comes into play. It used to be known as Riot something something, The point is that a stable app was key to have the Matrix nodes grow.

Overall, I found the Matrix + Element to be easy to setup and seems to be working fairly good. Over time the software will get better and once the integrations to the other messaging services get stable and more widely used, I will extend the server to those services.

But for now, I have the server setup and you can join here.

How to Update Firmware on a Garmin inReach Explorer

We will look at the simple process of updating the[...] 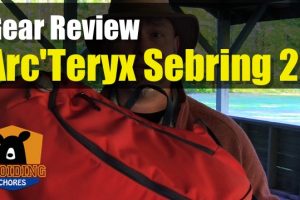 After a number of months using the Arcteryx Sebring 25[...]