Garmin fenix – How To Install Maps

In this video, we’ll look at an undocumented feature for the fenix / tactix; loading maps. The device only has about 20MB of storage space, you probably don’t want to load up more than 10MB of maps and still be able to load waypoints, tracks, etc…. I think 5MB would be enough.

Luckily there are some free OSM maps that have been rendered to be light to accommodate the greyscale display. You will need to have the following free applications installed: BASECAMP, MAPINSTALL & MAPMANAGER.

Step ONE: Download the OSM fenix map for your area from http://www.gmaptool.eu/en/content/maps-garmin-fenix

Step TWO: Download GARMIN MAPMANAGER. This is a free download. Unpack/unzip the archive. Double click the .gmap file and it will install the file into the GARMIN BASECAMP folder.

Step THREE: You can verify that the map has been installed by going into BASECAMP. Now we need to transfer map tiles to the fenix / tactix, we’ll use MAP INSTALL for this. Make sure you plug your fenix / tactic to your computer via USB.

Step FOUR: Using GARMIN MAPINSTALL, select Advanced / Partial install and select the OSM fenix map. From here select the tiles you want to transfer to the device. Click CONTINUE and allow the tranfer to complete.

Step FIVE: Open the GARMIN drive on your computer (the fenix /tactix mass storage) and go into the GARMIN subfolder. You will see the OSM FENIX * .img file. Rename this to gmapsupp.img. Disconnect the device from the USB and allow it to restart. You should see the new maps once you are on the map data page.

In this video, I’ll go over the steps to configure[...] 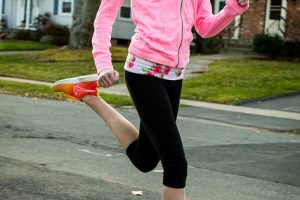