Garmin published an update to the Instinct 2 series and a Instinct 2 dezl version for professional truck drivers. Priced between $449.99 – $649.99CAD, this updated version is slightly less than the original but packs more features and variety that will give an excuse for those who wanted a more tactical looking watch on their wrist rather than a running or fitness watch for specific feature omitted from the original version.

The updated adventure watch now comes in two sizes: 40mm or 45mm bezel with many Color options such as Electric Lime, Poppy and Neo-Tropic as opposed to the limited and tactical focused Color’s introduced in the original version.

The Instinct 2 also comes with a solar edition which will extend the battery life of the watch what Garmin described as “unlimited battery life”. The non-solar version of the Instinct has improved battery life up to four weeks and 14 days of normal usage.

The New Features That Are Big Deals

The biggest improved in the Garmin Instinct 2 is the addition of the Garmin Connect IQ store. This will allow you to download watch faces, apps, data fields and other customized apps.

Fitness apps found on the Vivoactive and Forerunner watches can now be found on the Garmin Instinct 2. This bring the watch closer inline with the features and function as the other smartwatches offered by Garmin.

The Garmin Instinct 2 is also available in specific purpose-build editions with dedicated features:

First Impression Of the Garmin Instinct 2

This is a huge update for the Instinct series. I personally felt odd that when I had the original version, the limitations it had made it a less flashed out watch as compared to the Vivoactive 3, Forerunners and Apple Watches at the time. With the addition of all of the fitness/health features, the Connect IQ store and multiple variations; Garmin has an option for those who like the tactical look of the Instinct but wants all the functions you’d expect from Garmin other smartwatches in this price point for those who do not want or don’t want to spend for the pricer fenix offering. 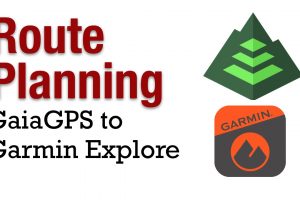 I use GaiaGPS and Garmin GPS products to plan new[...]