Quick video on the new walking trail that was built in 2011 at Graves Island Provincial Park.

I’ve done some research on the island, and sharing the text I’ve used to create an earth cache.

A drumlin (Irish droimnín, a little hill ridge) is an elongated whale-shaped hill formed by glacial action. Drumlins were formed with their long axes parallel to the direction in which the ice was moving.

Nova Scotia’s drumlin fields provide markedly dissimilar landscapes, depending primarily on their suitability for early farming and settlement. Only the drumlins found in Lunenburg and Kejimkujik were extensively exploited for their well-drained loam soils. Here farms still dot the landscape (even though there has been much land abandonment) and provide variety and interest. The other drumlin have poorer soils and historically have supported very little farming.[3]

Those in southwestern Nova Scotia indicate a nearly southerly ice movement becoming southeasterly in eastern Lunenburg and western Halifax counties. Drumlins around Halifax have about the same size and orientation as those in central Lunenburg County. However, from Sheet Harbour east to beyond the Guysborough County border, the drumlins again have a north-south orientation, as if they were formed by ice that moved directly down from the Gulf of St. Lawrence. The few around Canso are oriented more to the southeast. [4]

In general, the ice appears to have moved directly across central and western mainland Nova Scotia from New Brunswick, whereas in eastern Nova Scotia the ice moved southward from Pictou and Antigonish counties and spread out to the east into Chedabucto Bay.[4]

Drumlins do not normally form from granitic material. Those drumlins frequently have a rock core. Occasional granitic drumlins are found in non-granite areas such as on Graves Island, but this is unusual. These drumlins contain large granite boulders, are often well- or excessively well-drained, and have soils with characteristics similar to Gibraltar soils.[4][7]

Graves Island was first settled by farmers and you can still see some signs of them today.[4] Overlooking scenic Mahone Bay, the island has a lot of history. Ownership of the land and residents of the island have been primarily associated with two families over the years: the Graves and the Zincks who first settled in Lunenburg County from Germany in 1753. [5] Even today, remnants remain from the families that once called Graves Island home, including stone foundations, old lanes, hand-dug wells, apple trees, tiger lilies, and rose bushes.

The 4 trails at Graves Island are well suited for family groups as they are all quite short. They take hikers around the island to see the many other drumlins and islands in the water. [6] For an easy hike, stay along the coastline which is flat. 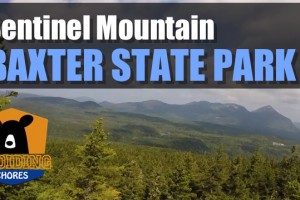 We spent three nights at Baxter State Park, once again[...] 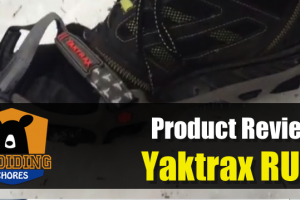 I decided to spend a little more money this winter[...]