What better way than the view the fall foliage colors in Nova Scotia than to hike 8k in the deep wilderness that is at the doorstep of Liscomb Lodge along the Eastern Shore of the province.

Right before the fall color peak got passed us, decided to take the long drive up the Eastern shore towards Liscomb Lodge to hike a challenging but scenic trail; Liscomb River trail.

While it is a loop trail, the trail has two trailheads. One at the main entrance to the Liscomb Lodge. The other trail head is several hundred meters down the road on the other wise of the river.

Another one of the many views along the Liscomb River Trail. #visitnovascotia #explorecanada #hikingNS #getoutside

We opted to hike to the main money shot of the trail, the suspension bridge and turn back. It still ended up being a 8km hike, but my fur buddy didn’t like crossing the bridge. So starting out from the main parking lot, we hiked behind the cabins onto the trail following the river. the trail is well defined and groomed as we approached the scenic views of crooked falls and the lookout.

Past that point, the trail often looks like a goat path and with the terrain suddenly increasing in difficulty. We crossed a stream via a small footbridge and continued along the river. There are several pools that allow salmon to spawn up river. It was until the halfway point that we saw the fish ladder on one side and the bridge on the other.

By climbing up to the bridge, we saw the gorge and the fantastic view looking down river. We could have continued the loop, but as expected my fur buddy didn’t want to cross the bridge. That’s ok, we’ll be back. 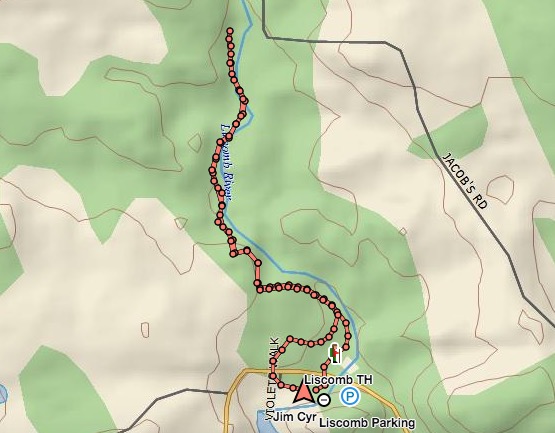 Delaps Cove Wilderness Trail System is located along the shores[...]