This is the second episode where we review a homebrew beer that I produced. This is an IPA recipe provided from noblegrape.ca. A partial grain kit, I let this sit an extra month to try out.

I bottled the beer in 1 litre PEP plastic bottle with a resused twist cap. Overall this beer didn’t taste anything like it was supposed to. The theory is that maybe I didn’t chill the wort fast enough before primary fermentation.

SKIP TO THE GOOD PARTS

0:56 The homebrew from noblegrape.ca IPA

7:35 This doesn’t compare to the West Coast Pale Ale

9:30 Was there a problem with the fermentation?

12:30 Was there something missing?

25:20 Brasserie Breughel has a outlet brewpub also on l’Ile d’Orleans

33:25 noblegrape.ca description of the IPA recipe

35:12 The next homebrew batch to review – Canadian Lager

A full half pound of hops in every batch!

Hoppy IPA’s might have originated on the WestCoast, but the BEST ones are made right here! Experience first hand, the Halifax ‘hop’ explosion.

Here’s our version of this ‘full-on’ beer for ‘hop heads’. The hoppiest recipe we’ve ever made. Not for the faint of heart. These “North American” style IPA’s are much more citrusy than their British Cousins. But beware; at 6.4%, this brew can creep up on you.

his is the real thing. Very malty, full of hops, a higher than normal alcohol content and an overwhelming flavour. Estry fermentation characteristics are a hallmark of strong beers, and this one is no exception. Traditionally brewed to survive the rigors of a long sea voyage from Britain to India during the Raj. This strong ale is a great summer surprise and a tasty winter warmer. O.G. 1.057 ~6.2%

This is an excellent example of what Canadian Lager should be. It is golden coloured, clean tasting and delightfully refreshing, yet possessing a depth of character all but forgotten by today’s “Mega” breweries. Serve cold.

What essential hiking items can we fit into this bag?[...]

Join us live by grabbing a drink and go over[...] 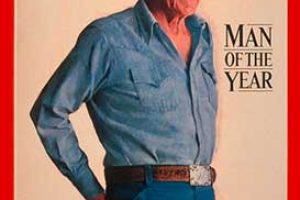