It all started in Port-Royal

Annapolis Royal and surrounding areas are an important part of my family history. When I open up a book about our branch of the “Cyr” family, it all started with Pierre Sire who landed in Port-Royal in 1668.

I decided to pass by the area and check out three important sites during the time of Acadian settlement.

The first stop was Port-Royal, the second settlement of Europeans in the Bay of Fundy after the disastrous first winter on St-Croix Island. This sheltered harbour was still rugged, but overall a better location.

Speaking of location, the Port-Royal Historic Site isn’t the precise location. They’ve found archaeological evidence to suggest that this was the most likely location of the habitation since historians estimate that the habitation stood for about eight years. It wasn’t until the 1930’s, that a copy of Champlain’s designs for the habitation were discovered and the project to reconstruct the buildings was underway. The reconstructed habitation reveals the view along the Annapolis River, known as Dauphin River back then. I travelled a short distance to the next historical site; Melanson Settlement.

This is mostly an archaeological site, which highlights the unique dykeland agriculture that was practiced by the community before 1755. This meant building mounds running along the shores to prevent salt water to enter marshlands. After a few years, the newly created plains became fertile ground.

About four generations of the Melanson family lived on this farmland before being displaced by the British in 1755.

1755 is the year of Le Grand Dérangement, which was an operation lead by the British during the French-Indian war. There were many campaigns to forcibly deport the French settlers of Acadia. After deportation, the farmland of Melanson Settlement was re-populated by colonists from New England, known as “planters”.

This brought me to the final site of my visit; Fort Anne. When the French came back to Port-Royal in 1634, they took over the area now known as Annapolis Royal from the Scots who had build Fort Charles. The settlement this time took hold and grew.

This is most likely is where my ancestor first landed in 1668. By this time, Port-Royal had about 361 Acadians in the area.

When the British took control of the Fort in 1710, they renamed the settlement as Annapolis Royal and became the capital of Nova Scotia until the capital moved to Halifax in 1749.

Today, the week around August 15 is where you will find a number of Acadian Festivals in all corners of Nova Scotia.

How To Get Started In this video, lets get this[...] 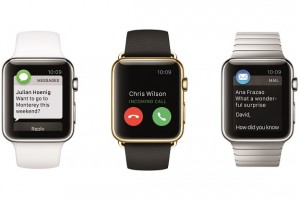 You will find on this page short tutorial videos allowing[...]