I removed the DECKED drawer system that was in my 2016 Ford F-150 and into the 2021 version. I wanted to share my journey to remove and install into the new truck and my overall review of the product after 3 winters in Canada.

I refer to the design change for F150 tie down that DECKED support was able to help me out when I ran into an issue with rust. The new tie down or bracket to j-hook the front is a big improvement and will extend the life of your investment when you change over model years on your truck.

Since the truck bed of the F150 did not change between the 2016 and 2021, I simply had to remove the DECKED as per their video. My only problem occurred with how the front brackets were designed. You see the front tie-down of the 2016 F150 is higher than the back, and DECKED provided hardware where you needed to replace the OEM tie down and replace it with an angle bracket which then screwed under the front ammo cans. The Tacoma also had a similar hardware bracket.

When I was removing the DECKED, one of the bolts that screwed into the bracket had rusted and seized. I ended up snapping the bolt and eventually had to remove the entire DECKED. A quick exchange with DECKED support got me the new updated J-hook and I was back in action.

You really do need some help when handling each side of the DECKED. I ended up using a drill to help speed up the work. I made sure that the clutch setting was low to not overturn the bolts.

The only other areas of rust I noticed was one bolt that attached the rear ammo can and the spring associated with the handle to open a drawer. I sprayed some lubricant on these areas including the bolts to the j-hooks.

One thing you will notice when removing a DECKED after a few years in a truck bed is the amount of foliage that ends up at the head of the truck bed.

My main recommendation is that if you haul tall items that will tip over, get a headache rack, or back-rack to secure your load. It’s the best low cost, no drill option you can get that looks great on your truck but is actually useful.

The main reason for this is the fact that the DECKED will decrease your truck bed depth by 12 inches, meaning that anything taller than a moving box or bin will be prone to tipping over. I’m thinking water heater, fridge, oven, etc.. In my 2016 F150 my back-rack was a very handy accessory to have. I did not install it on my 2021 as I’ve added a utility trailer to my arsenal.

For those who work in trades and need to haul heavy items, this may not be the right accessory for you due to the tailgate loading where you have to extend and lift to get onto the deck. It certainly can handle the weight as it can support as much as the truck bed. I’ve had a snow blower, a palette of engineered flooring on it and not a problem.

What I mean is that you are lifting say a compressor or one of those Husky tool boxes from Home Depot and not only do you have to lift the item as high as the tail gate (which is already high), now you have to lift another 12 inches as you reach past the tail gate onto the DECKED. This is a very awkward position, not bad when items are long that you can slide in, but short items is a pain. Short of removing the tail gate, this is the main reason why I see people who work in traded opt not to get a DECKED. However, for the average Joe like me, it satisfies my needs.

I Prefer This Over A Tonneau Cover

After 3 years in Canada this product has worked well and based on average joe usage is a good item to store 300 litres of goods into the our truck bed and not into your cabin.

My main usage has been to use one drawer to store long term items and use the left for ad-hoc storage for camping, recreation etc.. Let me break it down to what I have right now. 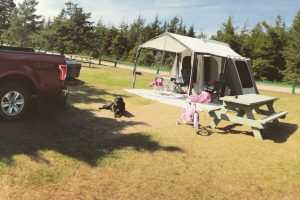 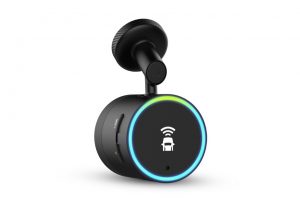 Garmin Speak Plus – A Dash-Cam With Amazon Alexa

We are doing a quick overview and review of the[...] 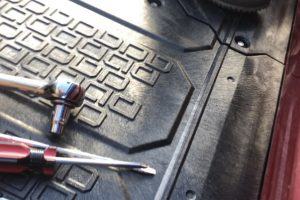 DECKED Storage System For Your Truck