We stopped by Debert, next to Truro and visited this recently developed interpretive trail.

This is a well maintained trail over pine forests with four interpretive signs along the way. The signs talked about the life of the locals 11 thousand years ago. This was a traditional travel route so it made sense that this location was a stop and hunting ground.

What makes this area interesting is that nearby was one of the Diefenbunkers.

These blast shelters, nicknamed “Diefenbunkers”, were administered by the Canadian Corps of Signals. The facility was also equipped with Telegraph Automated Relay Equipment, or TARE, which relayed signals from the nearby Folly Lake NATO Satellite Ground Terminal.

The end of the Cold War and reduction in the ICBM threat, as well as the Diefenbunker’s obsolescence, saw all remaining military personnel removed from CFS Debert by the mid-1990s. In 1998 the Department of National Defence finished all environmental assessments and decommissioned the facility, transferring the facility to “Colchester Park”, a local development authority.

In December 2008 the 64,000 sq ft (5,900 m2) Diefenbunker was sold by the Colchester Regional Development Authority to a private data warehousing and data centre co-location services provider, Bastionhost.[18] Bastionhost is renovating the facility as a high-density, groundwater -cooled secure data centre.

The Mi’kmawey Debert Interpretive Trail is a quiet woodland trail which crosses several streams. Beautifully-illustrated interpretation panels tell of the history and significance of this site to the Mi’kmaq people.

Archaeological research has revealed that the Mi’kmawey site in Debert was a traditional hunting place of the First People (Paleo-Indian people) who lived in Atlantic Canada almost 11,000 years ago. The Mi’kmawey Debert site is designated under the Nova Scotia Special Places Protection Act and recognized as a National Historic Site. 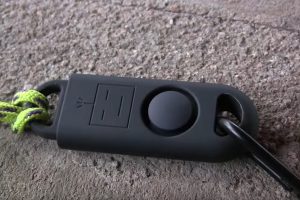 Cape George Heritage Trails are a network of footpaths totalling[...]

We talk about finding wilderness trails not far from the[...]