After the February Blizzard of 2013, decided to grab my snow shoes and head out for a quick trek at Oakfield Provincial Park.

The park itself is a popular day-use location during the summer with its green picnic space, beach and boat launch. In the winter,the hiking trails and the gated road becomes part of a larger network where you can enjoy snow shoeing or cross country skiing.

We started off the journey at the gates, the blizzard dropped about 30cm of snow on the ground and the brisk winds blew the snow across the open areas. At first, the snow was hard, making the usage of snow shoes not necessary, but you’d run into spots where it was still soft. I was wearing my first pair of snow shoes, it’s been with me for over 20 years. I’m surprised that they had lasted this long.

Once we got past the main road and into the boat launch area, you start to see other people who ventured out before me. Several of snow shoes were breaking trail, making my job easier. Cross country skiers crossed the lake at the boat launch and onto the nearby fields where a number of people take their dogs off-leash. But today, I had the park to myself and I continued along the trail where I finally was entering the part of the park where no one has been yet. Ironically it was also the part where the snow changed. The snow wasn’t hard anymore, it was nice and fluffy, perfect for my snow shoes.

Now We Are Alone

We hiked along Indian Point, breaking trail with every step. My trusty companion, Keji the black lab, was ahead sniffing around as I tried to catch up to him. We saw a number of rabbit tracks and wondered what other tracks we’d run into. It wouldn’t take long, but we spotted a lone track on the edge of the lake taking a long loop around. I couldn’t figure out if it was a coyote or fox, but I’m pretty sure it was a coyote.

Once around the point, we got onto the cart (carriage) trail where the cross country ski tracks were present. We decided to walk along them, still enjoying the soft and fluffy snow. There is also a coastline trail but we will have to visit that in the summer. The cart trail is very nice, rows of hemlock trees towers above you as you walk along the trail. This area also sports many bird species. Don’t be surprised if you see photographers just standing with their tripod. Expect to see larger birds like woodpeckers, eagles, falcons, geese and owls

Learn more about this park
http://www.trails.gov.ns.ca/shareduse/hx052.html

Check out the Delorme Mapshare of this hike (Feb 23)
https://share.delorme.com/JimCyr 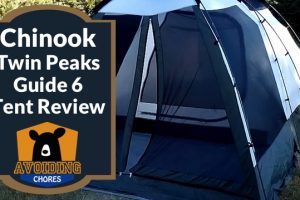 After nine good years as our primary family camping tent,[...]