In part 2, we talk about the new Tidal Bay appellation and its importance to the growth of the Nova Scotia wine industry. Hanspeter also talks about the unique terroir of Nova Scotia, which is influenced by the bay of Fundy, home of the highest tides in the world.

Domaine de Grand Pre is a world class winery and restaurant in Nova Scotia. They focus on varietals that are well suited to the climate, such as Vidal, Seyval, Acadie Blanc, Castel, Marechal Foch, Muscat, Ortega, Leon Millot and Cabernet Foch.

Thanks to Jim Cyr for the help in shooting the videos!

Marillion’s music appears with permission from Racket Records and Marillion. Check out one of the best bands you’ve probably never heard of at http://www.marillion.com

Thanks for watching and check back soon for more travel and food related videos. New videos every weekend!

Travel, food and wine are 3 of my passions. Join me in exploring them, both within my home province of Nova Scotia, and anywhere my travels takes me. 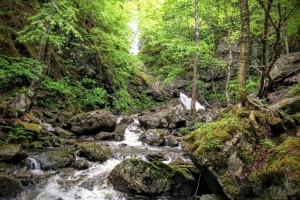