When I got the itch to try to make some leather craft (mainly to make knife cases), I found the experience kinda neat. Luckily, I had a Tandy Leather Outlet within 20 minute drive so that I can run over on the weekend and pick up a few pieces and leather as I try to make something.

Where I got inspiration for designs was from etsy, pinterest and instagram. One account I followed was Popov Leather and I’m pretty sure I saw a pic of their EDC Pocket Armour that I molded into a horizontal knife slip case for my swiss army knives. So I was really happy that Ryan contacted me and suggested that I try his EDC pocket armour. This was hand stitched out in Nelson British Columbia using Horween leather and customized.

Ryan offers Horween leather in several colors and thread – so you have lots of color options to pick from. He also offers initials engraving; I ended up having my initials on a Driftwood Leather with English tan thread.

Was out of town last week, knowing this was waiting for me in the mailbox. Can’t wait to open it up. #edc #everydaycarry #leathercraft #popovleather

But Which Knife To Use?

I used the pocket armour as an excuse to buy some items to go with it; mainly a Fisher Space Pen with Brass finish

. The pocket armour is mainly designed for a two layer knife so I decided to scan Amazon for options. I stumbled upon the Victorinox Pioneer X Alox

swiss army knife. The big thing about this knife is that the extra layer is used for the scissors. I had my Victorinox Climber

to test out if a three layer knife would work well with the case – and it did.

After a few weeks, I finally had all three pieces together and ready to use them as EDC. I’ve never had Hornween leather before. It’s very interesting as compared to regular veg tanned leather you get for basic projects. The Deadwood dye and English Tan thread gives it a very nice rustic look. When you slide in the knife, I love how the leather stretches and the color changes. The overall look a very sharp.

Having done some leather projects, I know how hard it is to replicate certain features like:

Everyday Carry After A Month

I have to say that the Horween leather is NICE, man this thing is so soft and really formed quickly around the knife after I started wearing it. This will most likely age and give it even more character over the years.

The Fisher Space Pen is light, fits very snug in the webbing on the side. I was worried about it slipping off, but nope. It’s very secure. I’m looking forward to the raw brass finish to add the petina and associated character.

And what can I say about this Victorinox Pioneer X Alox? What I beautiful swiss army knife. The original Pioneer Alox

is a two layer knife and would fit this case much better, but the X version with scissors was a big feature that I wanted and it ended up filling in the EDC pocket Armour  great. It feels great in your pants pocket and with the ring, I added a tag that I can grab the knife while reading in the pocket.

This is worth a purchase. Ranging between 25-35$ CAD this is well priced for a hand made item. I would combine this as graduation of gift for dad as you can customize every aspect of the pocket armour and attachments.

What Do You Carry For a 2 Hour Hike? 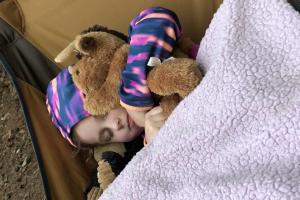 Clothing Layers For The Outdoors

No matter the season, you will be packing clothing that[...]

We take a quick look at a recent addition to[...]