In this video, we join in a guided historical hike along Rogers Hill trail. This 8km segment is part of the Cape to Cape Footpath, where the trail will run from Cape Chignecto to Cape George, across mainland Nova Scotia.

This segment started at Durham and finished at Scotsburn.

The footpath is only about 4 years old, so many sections are not well worn so you have to rely on the trail markers. Also since the project had to ask permission from private land owners, some segments veer 90 degrees around a plot of land ; usually meaning that permission was not granted.

This is a one way trip, so arrange transportation once you arrive at either Scotsburn or Durham.

Durham was in the late 1700’s the commercial centre of the area, due to the west river and the logging required for the ship building trade during the early 19th century.

Rogers Hills is names after John Rogers, one of the first immigrants that landed in Pictou county on the Betsy ship.

You can learn more about the trail from the Cape to Cape website. And you can download the GPS track file to load onto your GPS 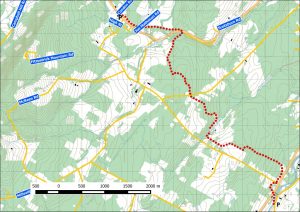 We spent two days deep in the backcountry of Kejimkujik[...]

Wards Falls is very common trail that hikers around these[...] 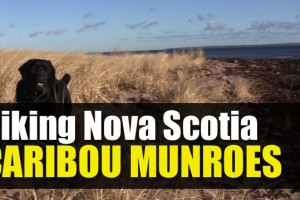 Off for a post-Christmas hike at Caribou – Munroes Island[...]