We check out a few events during the week long event celebrating locally made sausages and other experiences.

The talk around town was the upcoming #sausagefestHFX event organized by Local Connections Halifax, around Halifax and the Annapolis Valley during the 2nd week of august. The focus was on locally produced sausages paired with a number of food & drink locations for a unique experience.

The first event we attended was at one of our favourite places, Ratinaud.  This was a small event of about sixteen people and the menu consisted of a number of their sausages paired with Propeller & Garrison Beer. Freshly baked bread, marinated cucumbers, coucous and beans made up the sides to go along with the feast. The final sausage was a boudin (blood pudding), which is a unique experience and worth a try.

The next stop was a few days later in the Gaspeareau Valley, where four wineries were offering some meats to go along with their wine pairing. Our first stop was at Lucketts, we tried from Meadowbrook Farms, Peasant’s Pantry.  The view from Lucketts was spectacular on the day of the event  – overlooking the Grand-Pré region.

Our second stop was at L’Acadie Vineyards where Al’s Sausages offered tasty greek inspired skewer. We took an opportunity to sample some of their sparkling wines and Rosée. We grabbed a few bottles to sample at home. Overall the event had over 30 vendors offering tasty treats and it did deliver on your meat fantasies. 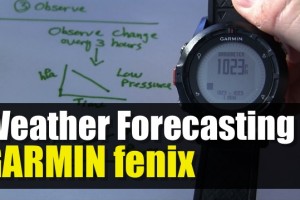 We will look at how you can use the barometer[...]

First of our attempt at a weekly Friday night hangout[...]