The Letter of Marque And One Piece Of Silver

The area now known as Liverpool, became a popular location for privateers ever since Champlain intercepted captain Rossignol engaging in fur-trade in early 17th century. A Letter of Marque was the only thing differentiating a privateer and a pirate. The letter was authorization from the government allowing ships to cruise the seaways for enemy ships and to confiscate any prizes as payment.

Liverpool became a popular location to raid for American privateers during the American Revolution. It wasn’t until the war of 1812 that the town had fortified itself and had its own fleet of privateers to defend & compete with larger ports such as Halifax.

Today, Privateer Days is a summer festival where costumed reenactments take place along the town streets of Liverpool.

My trip to Liverpool had two goals; log 16k of running and to attend the geocaching event at Lane’s Privateer Inn.

I missed the Privateer 5 miler road race the week before and I really wanted to run the route. I got to town early and started out along Main Street. The route along the Mersey River was peaceful and quiet. After my first lap, I decided to repeat the route, but divert along the Trestle Trail. This is a small section of rail that was converted to a multiple purpose trail. The trail included crossing the Mersey River using the converted train bridge. The bridge used to pivot in the middle back in the era where seafaring ships would travel up river and load lumber from the nearby community of Milton.

Once I was done running, I visited the tourist information building located at Centennial Park for a quick stop & chat with the staff, and to cool off. The weather during my visit was a very warm summer day and this poor body wasn’t used to the heat.

The walk across the blue bridge back to Lane’s Privateers Inn took a little longer than expected. By this time the event had already started. I walked inside and proceeded to the bar area where I was given a letter of Marque, a reproduction map to Liverpool from the early 1800s and a piece of silver to make it official that I was a privateer for the day while in LIverpool.

I walked over to the Hank Snow museum. This used to be the old train station. There was a Geocache nearby. Inside the container were tickets where I picked one. I had to return the ticket to the event base in order to win a custom-made hiking staff.

Looking at my watch I had to hurry to Fort Port Lighthouse in order to catch the reenactment of the American revolutionaries storming the port and the British militia pushing them back. However I was a few minutes late and only caught the final blasts from the antique muskets from that era.

Over 100 people attended this event. Hopefully we will see this event as a yearly feature as part of festival.

There are a number of geocaches that you can find or use as points of interest. I’ve highlighted a few that hopefully will offer you a great walking tour of the town.

Garmin Forerunner 220 – How To Tutorials 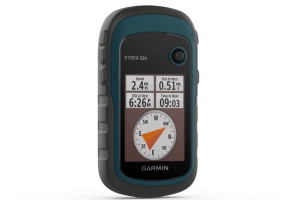 How to Create a Garmin Custom Map

This is a tutorial on how to create a custom[...]