ZOLEO sent an email blast to its users this week alerting them of an upcoming update to the ZOLEO App version 4.1.5 to be available on November 2 2022.

First thing, the ZOLEO app for your smartphone will be updated to version 4.1.5 from the current 3.1.5. You’ll probably will see some tweaks to the UI but a new feature announced is the replacement of Dark Sky as the weather provider.

You’ve probably read that a few years ago Apple bought Dark Sky and as of iOS 16 you see more Dark Sky in the core Weather app on your iPhone. That meant that API would cease at some point. After a few extensions, it looks like we’ll eventually see Garmin also find a replacement for its weather provider (they also use Dark Sky).

Is There A New ZOLEO Firmware Update?

Included with the November 2022 ZOLEO App update you also will see an update to the firmware which is mandatory. Failure to apply the apply to your ZOLEO device will mean that you will be stuck using the on-device functions (check-in & SOS) and your ZOLEO app won’t function properly.

Firmware updates to the ZOLEO device is very smooth and only takes a few minutes, also you don’t need to have your device outdoors, everything can be done inside and it is not like an activation.

Who Is The New Weather Provider For ZOLEO?

As mentioned above ZOLEO will replace weather provider Dark Sky (i.e. Apple) with a new provider; AerisWeather. We expect the weather tab on the ZOLEO app to remain unchanged and the forecasts should be as accurate as Dark Sky. If you have been on the Atlantic Coast this fall hurricane season, you’ll probably have seen a number of articles about how much the models have improved even from a few years ago.

AerisWeather for those into the Personal Weather Stations (PWS) or weather in the US would probably be aware of this company or heard of its other units such as WeatherNation, PWSweather.com, HAMWeather, etc.. Now owned by Vaisala, AerisWeather provides weather API and other products. 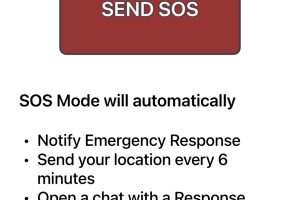 It’s spring and that means an update from ZOLEO is[...]