Been waiting for Moosehead’s new Cracked Canoe beer, and after seeing on the Twitter feed that it would be available on May 1 all over Canada; I wanted some. Unfortunately I checked 2 NSLC locations and was denied. So I brought home a new Keith’s brew.

I just happen to be in Fundy National Park on May 2, and decided to find this new Moosehead beer which was still hard to find even in NB. But the end result was good 🙂

Thanks to Moosehead, after seeing part 1 of this series, they sent over a little something to help out. Much appreciated and I’ll be enjoying these brews over the next few days and will make it my 2009 summer beverage of choice 🙂 HAPPY ENDINGS!!!

This is a NICE complex brew where the booze doesn’t[...] 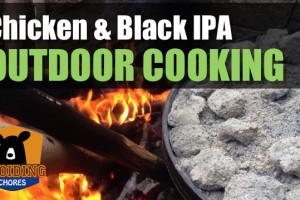 What better way to get some outdoor cast iron dutch[...]

Named after the first Canadian born Catholic Bishop, this is[...]