I am trying out the first beer launched by Brasseurs du Petit-Sault, from my hometown area. This was launched during the spring of 2014, just in time for the Congrès mondiale acadien 2014.

This is a Belgian White beer, so I was expecting something like Blanche de Chambly, Allagash White; something like that since they are close to these fine breweries who do the Belgian styled beers.

One of things I remember during the lead up of their launch was that the beer was to be accessible to the locals, who will need to support the brewery in order to be a success. Well, being from up there and knowing what the locals drink; It’s Labatt Wildcat, Coors Light, Bud Light, etc..

That being said, they have produced an interesting product to introduce the area to craft beer.

Packaged as a 6-pack stubbies and using locally influenced artwork, you can find this product in many liquor stores from New Brunswick.

Some of my Tasting Notes for this 4.7% ABV beer:

Aroma: A little bit of sweetness, coriander, vanilla maybe? Others have said Apricot, but I didn’t pick that up.

Flavour: Nice coriander taste as you begin to sip it, creamy. Sweetness. Something very familiar to those who like this style of beer.

Mouthfeel: light to medium mouthfeel, moderate carbonization. Not a lot of dryness at the end. 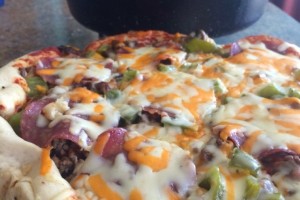