Which knots to use when hammock camping?

Knots to Use For a Ridgeline to Hang a Tarp.

One of the great things about hammock camping is that you can customize your system, and for me that is mostly in the tarp area. It is a vital component to protect you from the rain, wind and even snow. So the knots used here are important to know and tie well. For types of tarps I’ve used; I switch between a Hennessey Hex tarpand a 10’x 8′ Sil nylon Guide Tarp with storm doors.

I like to setup a ridgeline and hang my tarp underneath it. For this, I use an alpine hitch or butterfly knot to get my line nice and tight and prussic knots to tie my tarp and tension/move as necessary.

Knots to Use to Tie Your Hammock Around a Tree

I have two ENO single nest hammock, one that is modified with whoopie slingsand an “out of the box” version. If I take out the unmodified hammock, I usually bring either some ENO straps or my own webbing to wrap around the tree. Some of the knots I use with these two configuration are: water knot, clove hitch & marlin spike hitch.

There you go! Some of the knots I’ve used when out hammock camping. If you have your own system with a different set of knots, leave them in the comments below! 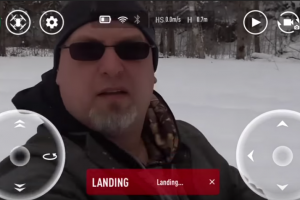