Lyme disease is a bacterial infection transmitted from an infected Blacklegged tick (aka Deer Tick). It can only transmit the bacteria after it has been attached to the skin (feeding on blood) for about 24 hours. It can be prevented by avoiding Blacklegged tick bites, and is treatable with antibiotics.

In the summer of 2002, Nova Scotia recorded it’s first known, endemic, human case of Lyme Disease. First recognized in 1975 in Lyme, Connecticut, the disease has since been detected in most of North America, Asia and Europe. In Nova Scotia, the blacklegged tick is the primary vector of Borrelia burgdorferi, the agent that causes Lyme Disease.
Since the discovery of a Lyme-positive blacklegged tick from Antigonish County in July, 2002, I. scapularis has been found wide spread throughout Nova Scotia and is now presumed to be an established member of our local fauna. 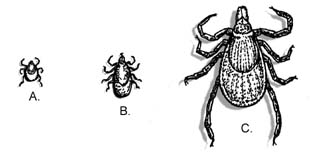 In most cases, the first symptom of Lyme disease is a rash near the tick bite that may look like a bull’s eye target. The bite is often painless, so you may not even know that you have been bitten. The rash usually appears between 7 to 10 days after the bite, but the range is between 3 and 30 days. You may also develop flu-like symptoms, such as fever, headache, tiredness, stiff neck, soreness all over, and pain or swelling in the joints. These symptoms may appear in stages and may occur over a period of months.

Some tips to protect yourself while geocaching in the outdoors:

Cover as much of your skin as possible.

Use DEET on exposed skin or outer clothing.

Check yourself after your walk.

Remove ticks as soon as you find them.

Note the date and location of the bite. 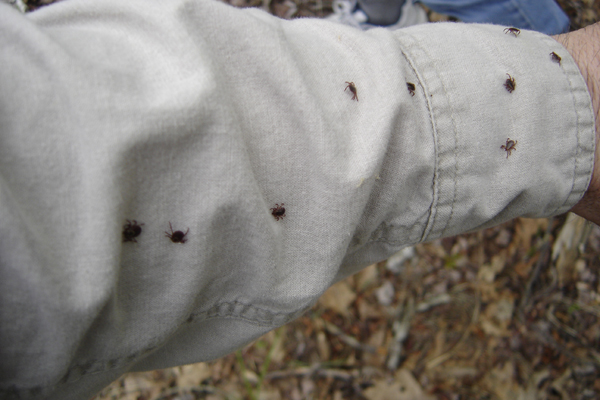 Drop off or mail ticks to your nearest Department of Natural Resources office or to the Museum of Natural History in Halifax. Place the tick in a clean, sturdy pill bottle or film canister. Add a damp tissue to keep the tick fresh. Firmly tape the lid shut. Include your name, telephone number, and details about when and where in the province the tick was found. For example, found after walking through Garden Lots cemetery, Lunenburg County, on June 12, 2006. Mail to: Museum of Natural History, 1747 Summer Street, Halifax, NS B3H 3A6