We drove out to Peggy’s Cove to check out a designated Provincial Park in West Dover to explore the trails known as “The land of confusion”.

It’s called that as there are a spier web of curren & old trails along with ATV trails. So there are multiple ways to do the same segment.

We started out at a parking lot across the road from the baseball field and the terrain is pretty much something from Lord of the Rings, barrens with large granite boulders sprinkled across the land.

The landscape is one of a handful of areas where the ice age receded, the ice dragged the granite boulders all over the place – called Glacial erratics.

In the distance we can see the community of Peggy’s Cove. The terrain is mostly rolling hills. Along the way, we noticed on top of the highest point what looked liked chairs – so we decided to try to reach that point.

Trying to figure out the route to get on the right path to get to the highest point was the challenge, but we reached the top and was greeted with a picnic table so that we could take a break and overlook the view.

We took about 3 hours to complete our 4km loop, there is a 8km version that you can attempt but the exact trail may be hard to distinguish.

While the elevation is easy navigating, the terrain is granite with barrens growth; you will need adequate footwear and gear as the rocks can be slippery when wet. I would leave the kids and pets at home as some section may be challenging and potential for injury is present. 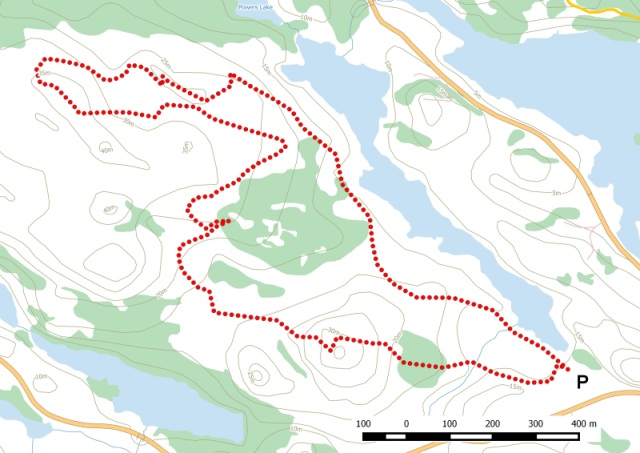