That was a long time ago, I was still a kid, Jocelyn was just getting into the swing of things as a teenager and discovering things like booze, drugs and women. He would say that he was more aware, but anyway…

Some big things that came online in 1980 was CNN! Both of us wasn’t aware of it until 1990 since cable came late in my neck of the woods.

Ronald Reagan and the Moscow Olympic boycott held a special spot in our memory, whether it was the previous Olympics in Montreal or the stickers on Chiquita bananas.

The post-it note was also introduced in 1980. Which is funny because Jim is in IT and a way design solutions is to take a lot of post-its and plaster them on the wall.

Pacman and videos games really started with Arcades in general taking control in many rooms across the world. I really liked Operation Wolf later in the 80’s.

Terry Fox started his marathon of hope in Newfoundland, which we will cover in a later episode, but we are still talking about the guy 37 years later.

Want to be a sponsor of this podcast? contact us.

Any questions or feedback, send them to info@avoidingchores.com 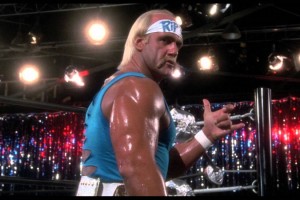 Show Topics What we are drinking tonight – GARRISON &[...]

SHOW TOPICS What we are drinking tonight TRAIL SHOP –[...]